Broadway in the Desert 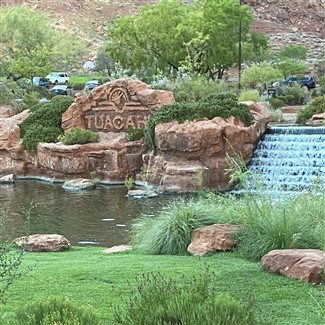 Destination: Tuacahn Theater for Broadway in the Desert! Watch Joseph and the Amazing Technicolor Dreamcoat with the Red Rocks surrounding you.

The best stories are found by digging under the surface. At The Mob Museum, the National Museum of Organized Crime and Law Enforcement, we put in the work to get to the bottom of some of history’s most intriguing tales, exploring the age-old dichotomy of good guys vs. bad guys.

Located in the heart of downtown Las Vegas, The Mob Museum is an immersive experience exploring the ongoing power struggle between organized crime and law enforcement from the Mob’s origination to today.

The Tuacahn Center for the Arts is an organization for the arts located in the mouth of the Padre Canyon, adjacent to Snow Canyon State Park, in Ivins, Utah. The 42,000-square-foot facility was completed in 1995 and includes a 1,920-seat outdoor amphitheater, a 328-seat indoor theater, a black box theater, a dance studio, a costume shop, a scene shop, and Tuacahn High School, an arts specialty high school. Tuacahn's show season includes two or three productions for the amphitheater stage, usually one for the indoor Hafen Theater, Christmas in the Canyon featuring a live-action recreation of the nativity called the "Festival of Lights", and a spring and fall concert series.

Joseph and the Amazing Technicolor Dreamcoat (often colloquially known as Joseph) is a sung-through musical comedy with lyrics by Tim Rice and music by Andrew Lloyd Webber, based on the character of Joseph from the Bible's Book of Genesis.

Zion National Park is an American national park located in southwestern Utah near the town of Springdale. A prominent feature of the 229-square-mile park is Zion Canyon, which is 15 miles long and up to 2,640 ft deep. The canyon walls are reddish and tan-colored Navajo Sandstone eroded by the North Fork of the Virgin River. The lowest point in the park is 3,666 ft at Coalpits Wash and the highest peak is 8,726 ft at Horse Ranch Mountain. Located at the junction of the Colorado Plateau, Great Basin and Mojave Desert regions, the park has a unique geography, a variety of life zones that allow for unusual plant and animal diversity. Numerous plant species as well as 289 species of birds, 75 mammals and 32 reptiles inhabit the park's four life zones: desert, riparian, woodland and coniferous forest. Zion National Park includes mountains, canyons, buttes, mesas, monoliths, rivers, slot canyons and natural arches.

Depart Phoenix and travel to Las Vegas, NV. Enjoy a tour of the Las Vegas Strip on the way to the Mob Museum to learn about the corruption that built the city of sin. Check into Harrah's on the Vegas Strip before dinner. Tonight, step back in time at Battista's 'hole in the wall' Italian Restaurant, with a 3-course dinner (wine included). Then enjoy free time for the remainder of the evening.What Happens Here. Stays Here.

Depart to Valley of Fire for a scenic tour and marvel at the red sandstone formation in the Mohave Desert. Continue through the Virgin River Gorge on you your way to St. George, Utah. Check-in to your hotel and relax before heading to the stunning Outdoor Tuacahn Theater surrounded by the Red Rocks. After dinner at the cafe, you will be escorted to your seats for the Broadway in the Desert production of "Joseph and the Amazing Technicolor Dreamcoat".

Depart for Zion National Park in the morning. Zion is known as the "Sanctuary" with the beauty of mother nature's massive sandstone cliffs. Following this tour, head back to the Las Vegas Strip for check-in for a night with Lady Luck.

Depart back to Phoenix

-Casual Clothing that can be mixed and layered

-Cash and Credit Cards (Only those needed)

-Seat Cushions and/or Blanket (If attending a parade or show)

Below is a list of pick-up points available on this tour.

Below is a list of pick-up points available on this tour.

It is not possible to display the map. This may be due to Google Maps not being supported in your browser.

Search The location was not found

There are currently no departures available on this tour.

The website timed out while searching for the departure dates. Please try again.

It is not possible to display any suggested tours because JavaScript is disabled in your web browser.

Join us and visit our favorite destinations! 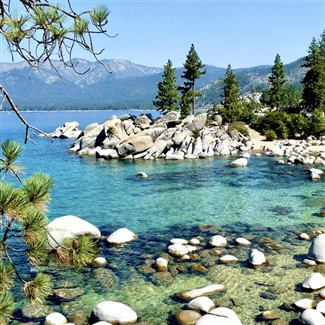 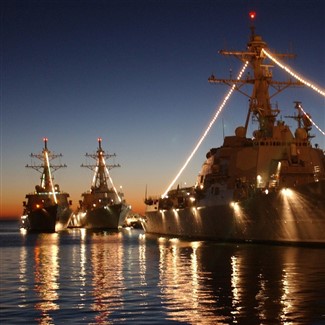 These tours are closing soon. Book before they are sold out! 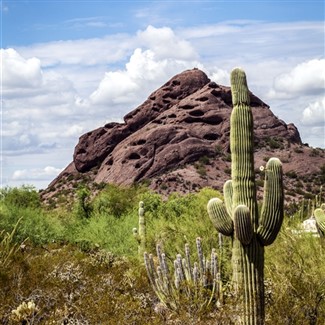